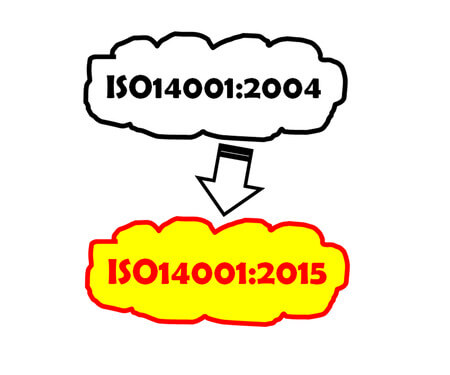 For many organisations, international standards are viewed as an essential part of their workplace practices. Alongside Quality Standards and Health and Safety, the Environmental Management System supports vital measurement procedures relating to resource usage. For organisations who already have accreditation, they may still have work to do to make the transition from ISO14001:2004 to ISO14001:2015.

In 2015 the environmental accreditation standard ISO14001 was updated. As well as amendments to various terminology and documentation, the new version included some fundamental changes to implementing and maintaining an Environmental Management System (EMS). There was a clear aim of aligning all the ISO standards to create a level of uniformity between them which didn’t previously exist.

The major changes in ISO 14001 were the inclusion of Leadership and Communication elements for the first time. This fundamental change reflects a shift in thinking towards reducing organisations’ environmental impact. This is a shift which was long overdue. No longer is it the remit of one person who has been delegated the role of achieving accreditation, while the other employees carry on oblivious.

Now, the buck stops with top level management and rightly so. Let’s face it; these are the people who face prosecution for serious non-compliance. The Environment Agency has the ability to hand out prison sentences for the worst offenders, so it makes sense for them take ownership of their responsibility.

From a more positive perspective, inspirational leaders have much to gain by encouraging green thinking, for example;

Bringing people on-board requires a programme of engagement and communication. Which brings me to the next point.

The new ISO14001:2015 procedures include an obligation to communicate a pro-active environmental agenda to the workforce. The role of communication and marketing in relation to sustainability is acknowledged to be sorely lacking by organisations such as IEMA and the CIM.

An ongoing skills gap has exacerbated the problem. As a result, many organisations fail to appreciate that internally communicating environmental activity has many tangible benefits. These vary from motivation and a sense of purpose to reduced sickness absence and increased staff retention.

A motivated workforce is the direct result of visionary thinking at leadership level alongside strategic communication planning. This is just one of the benefits anticipated by the transition from ISO14001:2004 to the new forward looking ISO14001:2015 version.

The question is; how do you go about creating that change?

Coral Mountain will be running a one day course on Making the Transition from ISO14001:2004 to ISO14001:2015 in February 2018. The focus will be on the Leadership and Commitment plus the Communication aspects of the new standard.
To pre-register your interest in Leeds or in the North East, send an email to improve@coralmountain.co.uk or call (0113) 289 2208