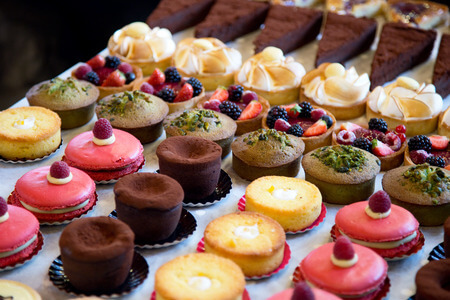 Reducing Food Waste; A Sustainability Case Study
Developing a System and a Culture Within an Organisation

Food waste is a particular bug-bear of mine. When you consider that here in the UK, £13 billion worth of perfectly good food is thrown away every year .  Whilst much of this is production waste, around 70% of UK food waste is from our homes is purchased then thrown out by consumers. That’s why reducing food waste makes a great sustainability case study.

The environmental impact of wasted food is catastrophic, as listed below;

The Start Point of the Project

When I began the task of placing the weekly orders for UHC, a charitable organisation, I was told to ring the order through to suppliers on a Monday morning. Food was provided for weekly, annual and ad hoc events.

There was no process for measuring how much of this food was eaten or what went into the bin.  No accountability existed because were orders placed verbally. The organisation had no way of knowing whether what was requested matched what was supplied.

Putting a System in Place

A framework was established for ordering food and a set of packages created to offer for different events.  The cost and break-event point  of each of these was calculated. Events were required to ‘wash themselves’ although not necessarily make a profit because this was a charitable organisation.

The first change was to implement an email schedule for placing orders. This ensured a chain of accountability and transparency. The suppliers now had a point of contact for responding to and asking queries.

Additionally, others, who were either working or volunteering, had a framework around which they could fulfil their roles. Teamwork within the voluntary sector is as important here as in any other place of work or industry.

An analysis of the costs of purchases for the different events lead into the next stage. As explained above, this was to develop a set of packages at a range of price points.

Once these had been actioned, we could begin to measure and review wastage. Having this system in place enabled those involved to review leftovers after each event. The information gathered was used to adjust the orders and thus reduce the wastage in the future. Each package could be adapted appropriately with the information now available.  For example, popular items on the ‘menu’ could be increased, whilst less popular ones reduced or dropped. The costing spreadsheets ensured that the agreed profit margins were maintained.

Quite quickly, food waste was reduced and at the same time, the organisation began building a reputation for the best offering in its locality.

The objective was to create an environment where people felt able to comment in a constructive manner, and that their contribution was valued.  By developing a system with clarity around the products on offer, the job of communication was made simpler;

The result was a self-controlling transparent process, where the communication became an integral part of checking and making amendments. Food waste was practically eliminated, reducing cost to the organisation as well as lessening environmental impact

Good communication channels meant the office staff had a point of contact with the person placing the weekly food order. Delivery of milk for hot drinks was in two litre containers. They realised they were throwing out three quarters of the contents, as frequently as twice a week. This amounted to three litres each week – or approximately 150 litres annually.

A small tweak in the order to 2 x half litre bottles reduced the volume of sour milk being poured down the sink – in itself an environmental hazard – and saved a notable (although not enormous) sum of money.

Example 2 – Suppliers
By developing a better relationship with suppliers another benefit was that flexibility was also built into the system. On occasion, the local bakery would have excess of a particular product and would ask if a swap could be made. The change was accepted, as long as this product fitted within the balance of the package on offer (and didn’t happen too often). Thus the bakery’s surplus was reduced, with less going to waste and generating them no revenue.

Working with your supply chain to reduce environmental impact along a process is an important aspect of delivering developing a sustainable outcomes.

A few weeks after I handed the role which I had been doing for three and a half years over to one of the volunteers in the organisation, I received a very encouraging comment.  I was told that the detailed information that had been inputted into the system had made the transfer of duties very easy.

However, as I no longer provide this service for UHC, sadly the details of the actual quantities of food waste avoided or financial savings made are not available.  From a communications perspective, it’s noteworthy that these results form a vital part of the system and an additional opportunity to;

What the System Provided

Reduction in food waste was just one of the upshots of the new procedure. Other positive outcomes included

Reduce Waste in Your Organisation

This sustainability case study showcases how reducing food waste benefits an organisation. The value of a good process is that everyone gets to understand their role and how to communicate with each other. Additionally, the role is not dependent on the person, so that with a small amount of training, anyone can take over with minimal disruption and continuous benefit.

If you would like to find out how reducing waste can save your business money and enhance your reputation, call (0113) 289 2208 or email me at improve@coralmountain.co.uk